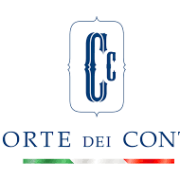 Italy’s Court of Audit (Corte dei conti), which monitors public finances, will be including in its audits the savings generated by all of the country’s public services that share software created by or for them. The reasoning is that public services that do not share software solutions prevent others from reusing them, and so increase the costs to society. This is one of several newly introduced checks that focus on government digitalisation.

The focus on sharing and reuse of software solutions is the result of an agreement with the country’s Commissioner for the Digital Agenda. In December the Commissioner asked the court to check whether public services are using digital technologies to lower costs, including the use of cloud computing services, eID and electronic payments.

“Public administrations that are owners of solutions and computer programs made to specific specifications of the public client, have the obligation to make the relevant source code available, complete with documentation and released in public repository under an open licence, for use free of charge for other public administrations or for legal entities wishing to adapt them to their own requirements, except when there are ‘justified reasons of public order and safety, national defence and electoral consultations’.”

According to Mr Ranellucci, the new round of audits is about to begin. Results could possibly be expected early next year.

This site uses cookies. By continuing to browse the site, you are agreeing to our use of cookies.